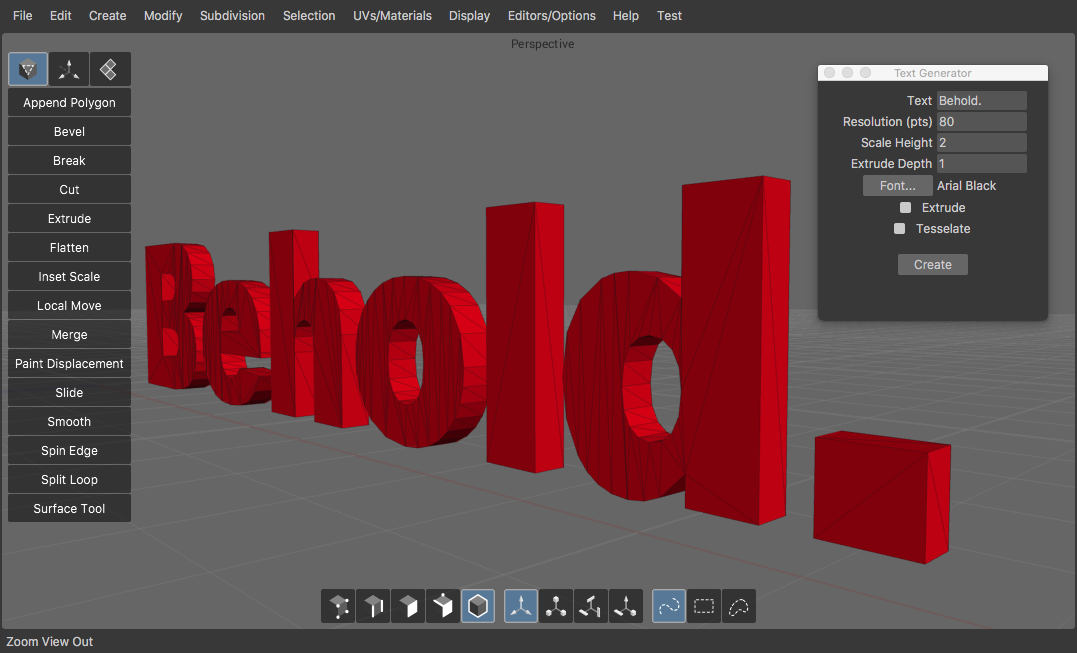 1. 3D text
This was a fun one to surprise the rest of the team with: Silo's getting a new generator for creating 3D text! You'll be able to specify font, size, resolution, depth of extrusion, and tessellation. (Note: without tessellation, some characters may appear dark in editor, but this is simply an artifact of Silo's rendering of many-sided polygons and not a geometry issue.) 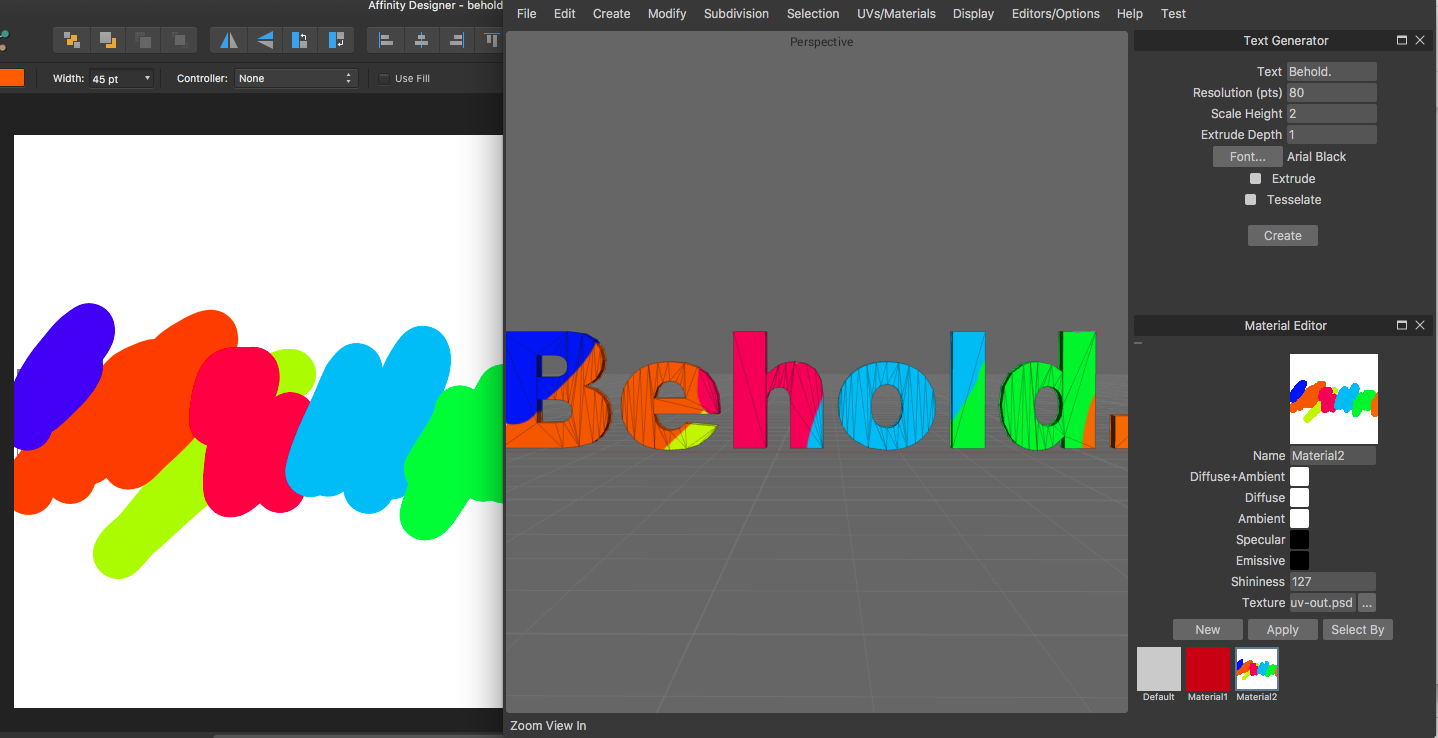 2. PSD support
You'll now be able to load .psd files directly into Silo for textures, viewport reference images, etc., which should significantly speed up your workflow when working with Photoshop or related programs.

... and 3. Live texture updating
With any image format (including .psd), Silo will now watch your texture files for changes and update automatically, which should again speed up the workflow significantly for creating and modifying textures.

Special thanks to Outburner (of the made-in-Silo game RKD Dash) for the .psd and auto-updating suggestions. We're finishing up the update and hope to get it out within a week. Happy modeling!